A survey taken in 2016 by Wasp Barcode Technologies, the State of Small Business Report tracked 1,102 small business owners–highlighting fifteen challenges many of them faced last year and beyond.

In today’s video podcast, John Verlin discusses these fifteen challenges and some possible solutions for small business owners to consider. 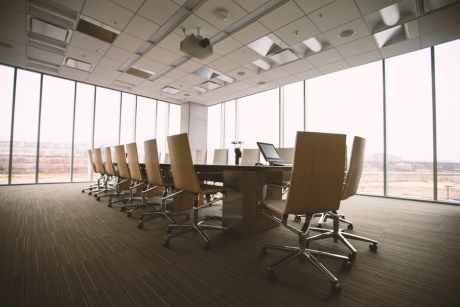 It’s all a part of our three-part strategy to drive SEO and web traffic and make your business exceed the profile and exposure of your competitors with an extended marketing platform–the perfect compliment to a Google Adwords campaign!

You may learn more about us and schedule a free appointment.

You may listen to all of our exclusive audio podcasts here. 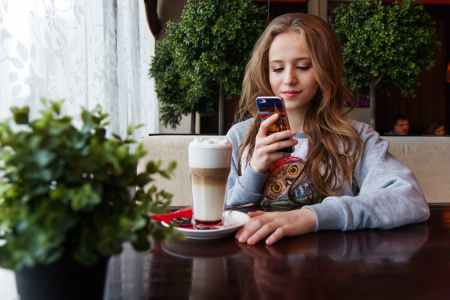 Wonderful good afternoon to you today,  John Verlin once again with On-Demand

Advertising Solutions. another Digital Marketing Update this is number 41 the

podcast number 41. There was a survey taken that I thought was great and it

was done April of 2016. This is a post from All Business.com author’s Brian

small business today. Now this was taken April of 2016, little over a year ago. But

I was about to say, well it should be so much. But I think in general for small

possibly some of the things you’re things that you suspected. We’d love to

be able to interview your prospects or your customers right? Well this is what

they did, they actually took 1,100 small business owners and were able to get

answers from them. I was a little, I don’t want to say I was surprised or

shocked–but I was a little bit, because of my experiences talking to Chamber

of small business owners particularly the new businesses and startups. And they

you know, it’s pretty much in agreement with what I’ve discovered. But a few of

this survey were having issues with. More than half said they were hiring new

employees. That’s not terribly new because of the labor shortages as the

economy has come out of the recession. More and more people obviously are going

to be needed as companies grow. However you know we’re seeing maybe

not salaries growing as much. More stagnated and a number of things I’ve

read on blog posts about freelancing side gigs, part-time work things like

that. That’s probably going on as well and maybe one reason why people can’t

hire people because the job opportunities may not be paying what

hours for people to work. The second challenge is employee health care and

beginning and 2016. The numbers jumped from like thirty percent of the small

is today 2017, it’s even higher because of uncertainty. Even though we’ve got you

know the u.s. gov or US healthcare.gov is you know still offering an enrollment

right now. As a matter of fact, health care it’s been changed and Congress is

do. The third challenge, I guess you could call it is the confidence in the economy

has dropped. Now again, this is a year old but small business owners

have less confidence according to Mr. Sutter from this survey in the economy than they

this year. Small businesses want to hire according to this–50% want to but they can’t

find qualified applicants and again that could come down to wages. It could come

about in past podcasts of the new media. The new experiences, the customer

experiences. The focus on customer experience why this is you’ve got technology shifting

to smartphones and searches and artificial intelligence now and all this sort of thing.

There’s Alexa and Siri or what used to be Siri. I guess so yeah, things are changing and

you got to have people with skills to be able to do that. The fifth challenge is growing

we’re coming out of the recession. Consider the boom I guess you want

to call it of entrepreneurial boom is still going. So they expect to increase revenue. The

president which they got one. But fifty percent believe the government didn’t do

government did. Now we have I believe it’s Linda McMahon who is a Small

very successful wrestling type business. She sounds like a good person in the right place

want any government involvement–well that’s pie in the sky probably, but at

least that was a desire that showed up on the survey which was interesting.

Number eight, they favored a Republican presidential win, which they got. And

number nine, now this I talked about this before folks but most marketing

percent. Think about this, 9% don’t have any investment in

to six percent but what about the other 70 percent? What’s going on with them? Why

are they not investing in marketing? Now you would say well John, your marketing

marketing here. And they try to play catch-up rather than having as we talked about on

our last podcast, having a marketing plan in place so you can adjust it. Just like

any other plan part of your business. And again, I refer back to my experience in

advertising over the years and how shocked I was. This agrees with what I

gonna do six months from now? Well we had a really successful Christmas season.

okay, its February. What are you gonna do? I’m saying it’s the planning

aspect, in the budgeting aspect you know. Hey we are definitely putting aside you

know 10 grand a month to do social media, TV ads, radio. Having a definite plan with

a definite budget in mind and not just shooting from the hip. Because

that’s a guarantee. And I’ve seen this happen over and over where okay we got

survive. And why did that have to happen? Well, my guess is you know lack of

planning. But the business environment changed. They didn’t anticipate. They

didn’t plan. I mean we can’t have a crystal ball but at least you know and

I’ve talked about this quite a bit–the competition. I don’t hear a whole lot of

for their clients. The competition can sneak right in and just

steal your customers. If you don’t have a marketing plan in place and a

budget. What do you do when a new competitor comes in town? They’ve been checking

you out and your industry and your market and you had no idea. They just come moving

in here from San Diego. Opened up a whole new athletic apparel store right across the

street or a mile from yours. What do you do? That’s why this is important to plan

and budget just like anything else you would do. The tenth challenge was that

on this before. First of all, to get the emails you’ve got to have customers or have them

sign up for something to legitimately get that email to send email blasts to them. It could

be a newsletter, it could be a free ebook, or anything you know. But you have

from you. So email marketing yes, if you do it properly you know by getting

talked about this quite a bit also, how small businesses so many of them I found

do not have that. And again, I’m shocked. That is your online presence. Social

media. More and more. So yes, you’re having to because that’s where your customers

and prospects are hanging out. And word-of-mouth–that kind of goes hand in

hand a little bit as more and more people are communicating. Particularly

texting each other. They’re not even talking. That’s why these devices are becoming so

important. The 11th issue that a lot of small businesses have our challenge says

social media is not Universal. One in five small businesses did not use social

media. Sounds like most of them do but some don’t. And if you don’t, that again it could

Because they expect you to be up on the latest things. If they are, why aren’t you? And

they can look down on you for that. Number 12 it says, websites are missing key parts.

apply for a job. 68% do not conduct e-commerce. Don’t even have phone numbers,

addresses or email addresses. Fifty percent! What is wrong with that? That surprises

me. You got a website. You’ve put 10 grand into or number, your address or your email

for crying out loud! I’m sorry. I just thought that shocked me. All right, number

information is not up-to-date. Only 16% use inventory control software systems.

56% used excel pen or paper or other systems that cannot be updated in real time. As

inventory system to track everything to make you more efficient. The 14th

and efficient as your business grows–to track your assets. And creative and technical

work, number 15, gets farmed out more than other tasks. 54% of small businesses use

outsourced firms or contractors for graphic design and web design. 44%

outsource their tax preparation. Now, as a marketing freelancer guy as I am–I could

see the need for that. You can you know. That’s that’s part of my pitch as to save you

money by not going to a 20 member marketing firm. Where you don’t need a whole lot.

You just need specifics. ala cart so to speak. You know, I just need social media

whatever. That’s one reason I targeted some of those because I felt there was a real need

for that for small business owners. To have some options in addition to the larger firms.

But again,that the outsourcing–yes it can save you money, just make sure it covers what

you need. Because you want to include a good web designer to include your phone

done a year a little over a year ago. We’ll see you next week. John Verlin is my name

with On Demand Advertising Solutions.

On Demand Advertising Solutions.com is the website. Have a great day and we’ll talk

to you next week!

All podcasts are recorded by Verlin Studios / Gardner, Kansas 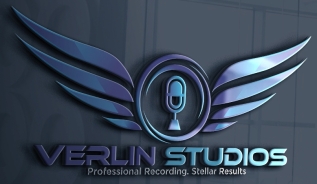